Message from the past 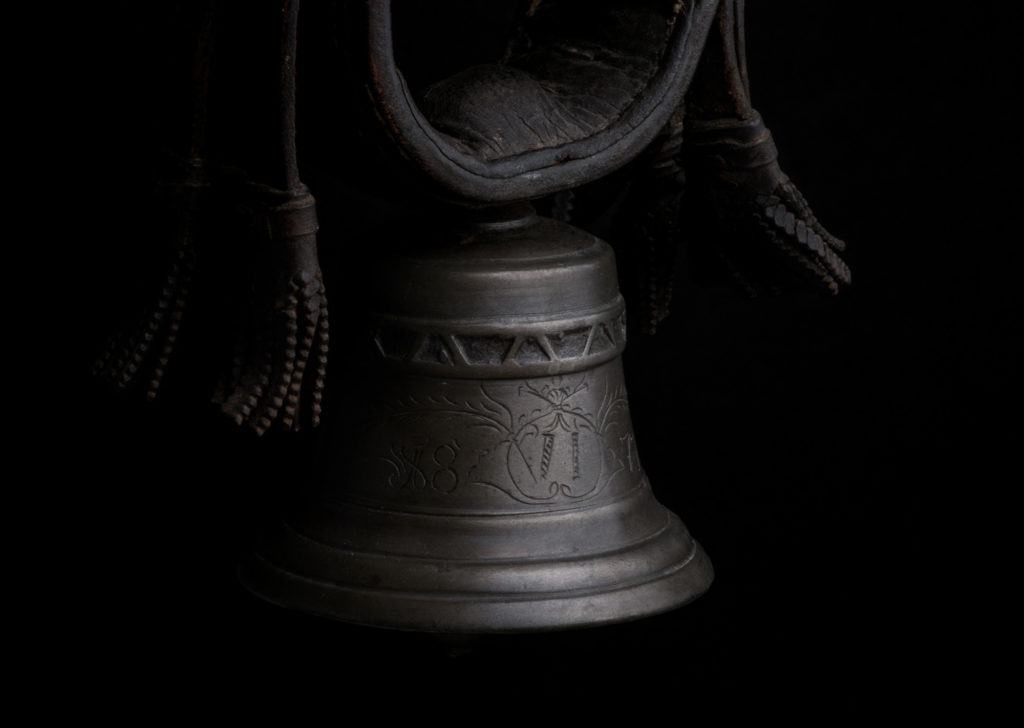 This exhibition offers an unprecedented collection.

It is the first time to enter the secret  world of the far-famed bells of Böszörmény. You can explore the workshop of the old-established ”Tisza-Nagy” bellfounding dynasty with original items.

This exhibition offers the visitor an unprecedented collection!

It is the first time to enter the secret world of the far-famed bells of Böszörmény. You can explore the workshop of the old-established ”Tisza-Nagy” bellfounding dynasty with original items.

Though the founder of the museum, Péter H. Fekete made arrangements for acquiring the tools of the master bellfounder already in 1950 – ”our goal is to retrieve any object originated from Böszörmény or having any concern with the town, to recover at least part of the museum’s material that was given over improvidently by the narrow-minded clerical and local leaders and others” – , his plans failed. As well as the efforts made in 1991.

Now as a result of the successful cooperation of Déri Museum and Hajdúsági Museum, the ”King of bells” is presented in detail for the public for the first time.

As István Ecsedi described him in 1930: ”Imre T. Nagy, farmer, lives in a modest mason in Hajdúböszörmény. He works on his small land from spring to autumn. But at wintertime he masters a rare craft: bellfounding. He is not a professional manufacturer as he has never learnt the brass-founding craft. He learnt it from his father and he from his one; Craftsmanship was bequeathed from father to son for countless generations. It demonstrates the intelligence and giftedness of Hungarian people even in fields that are traditionally not so close to them.” 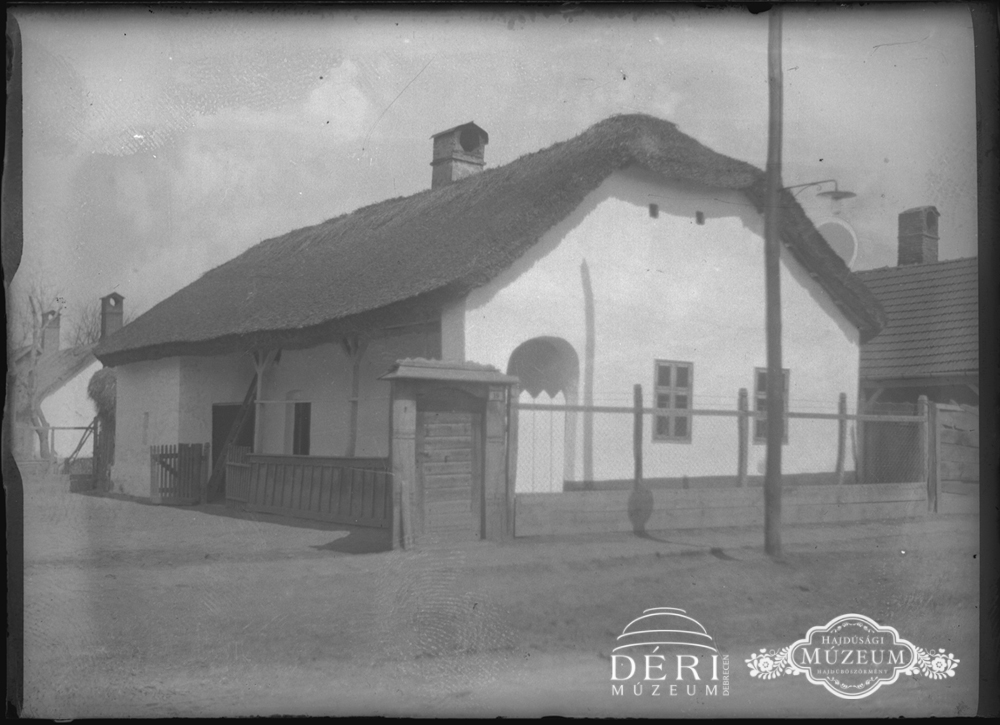 The mysterious, so called ”bells of Böszörmény” or in other name the ”Tiszanagy bells”, boasting of national reputation and primary demand, were produced in the hearth room („pitar”) of a slant, hip-roofed (”kanfaros”) porched house, which had the year 1824 inscripted in its principal beam, and which does not exist any more. As the shepherds used the ”bell of Böszörmény” for the synonym of first class, high quality bells, these artefacts are still respected among both the shepherds and the collectors.

Items of the bells produced by the bellfounder dynasty of Hajdúböszörmény can still be found in Hortobágy used by shepherds and horse herdsmen, as well as, at houses in the Haiduk towns, neighbouring villages and all around the country where horse coaches were or has been used. These finely sounding bells are much valued and their owners do not tend to part with them. 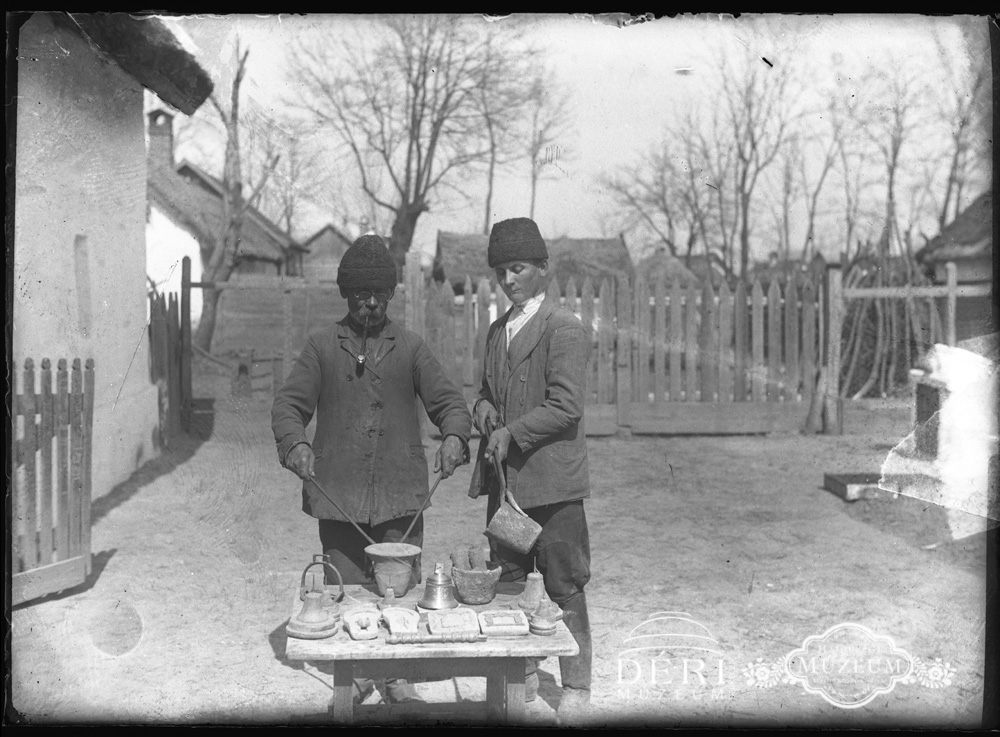 Thus, the ”bell of Böszörmény” transformed from a local speciality to an ethnic then to a national speciality and became a ”Hungarikum”, and this transition was due to the shepherd community and the ”insiders” who had already considered it the ”king of bells” hundreds of years before.

The sound of the bell accompanied people throughout their lives, providing a framework for their everyday life and their celebrations. And even though it has lost its former significance by now, the Latin saying is still valid and comprehensible: ”vivos voco, mortuos plango, fulgura frango” (I call the living, I mourn the dead, I break the thunderbolts). The sound of the bell is still a call, warning, reminder, protection and defence at the same time. Communities devoted much money to acquire beautifully sounding bells, which had their reputation heard in far-away places. Bellfounding is a craft with a long history and has always been considered a ”mystical” activity. The creators of the „bells of Böszörmény” developed their own techniques and methods by experimenting and protected the secrets from the outsiders.

Gipsy bellfounders attempted to adulterate, imitate the bells of the dynasty of T. Nagy, even by using the original ones, but they failed even to resemble to the beauty and the far-reaching, pervading sound of the bells of Böszörmény. 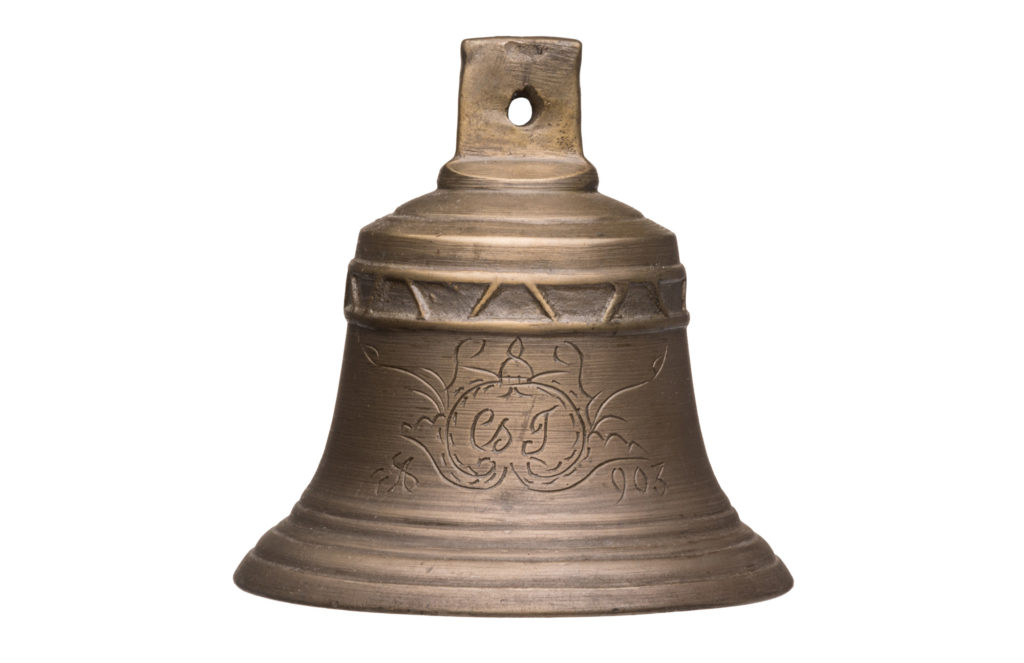 Shepherds and herdsmen used small bells, sleigh bells and cowbells to guard and tend the animals. For special occasions – e.g. weddings – , harnessed horses were ornamented with beautifully sounding bells, in which the owners took great pride.

Post horses were supplied with small bells as early as at the period of the Tartar invasion. Meeting them on the road meant you had to help them in case of need.

The decorated bells of Böszörmény were not only a cast brass objects of high aesthetic value but an instrument, as well. These bells, decorated with carved motives, preserve memories of the ancient Hungarian religious world.

According to the folk beliefs their sound chase bad spirits away, but they are equally part of the everyday life: helping with keeping the herd together, identifying and locating the animals wandering farther away, also in traffic situations (e.g. sleighs, in foggy weather). It was an indispensable part of celebrations, used for giving out news, sounding great events. The old tradition of making noise at New Year’s Eve to keep the evil and the bad things away was unimaginable without the bell of Böszörmény.

BELLFOUNDING IN THE ANCIENT WAY…

Surprisingly, the bells manufactured by the bellfounding dynasty of Hajdúböszörmény resemble to church bells with regard to their shapes, forms and proportions, obviously with a reduced scale. Comparing the bells of Böszörmény to church bells from the point of view of founding, the connection between shape and sound, we can conclude that the well structured geometrical form and the jingling sound are also in consonance!

Usually, two moulding wires (”ribs”) run around the shoulder of the bell of Böszörmény, in some cases they are connected with slant lines. These latter ones are called ”wrinkled” or ”barred” bells. The sides of the bells are not straight, a flare of 3-4 ”rims” towards the mouth provides the bell-shape.

Throughout the centuries, no changes were applied to the shape of the bell of Böszörmény, thus, the wonderful sound, which pleased the shepherds so much, could live on: ”Bells had to be paired, but with the bells of Böszörmény, one had to pay attention not only to the sound but the pattern, as well. The best is to have a pair with one tuned lower than the other, having the same pattern and preferably the same year, or maybe a year difference. And the strap also counts. Proper straps with even buckles, or similar ones for the pair.” And all these were made in ”the ancient way”.