In the country with a territory now reduced to its one third, Hajdúböszörmény too had to face difficulties. However, social and economic life was gradually becoming more and more stable. The party in power could govern undisturbed during this period, a considerable opposition appeared only in the 1930s, that was the restructured Smallholder Party. There were other left-wing tendencies but their influence was negligible. In general we can say that the society of the Compromise period survived in a slightly modified form. The most outstanding Protestant figure of the age (on national level as well) was Bishop Dezső Baltazár born in Hajdúböszörmény, also freeman of the town. A separate show-glass is consecrated to his memory.

Public opinion was, no surprise, intensively preoccupied with the events and the tragic consequences of the Trianon Peace Treaty. The national flag at half mast reminded the people of the mutilation of the country. The outworn quality of the flag is explained by the fact that it was placed in the open air where it stood day and night throughout the whole interwar period. The next showcase contains some masterpieces prepared for the occasion of the Haiduk Week in 1937 and some documents pertaining to that period. The Hungarian ceremonial dress of the officer, the woman and the child evokes the world of the contemporary middle-class people.

World War II meant a tragic devastation for the country as well as for Hajdúböszörmény. German occupation followed by Soviet-Russian invasion brought about mass destruction first of the Jewish than the Hungarian civil population. On the fronts, in the German concentration camps and in the Soviet Gulag labour camps altogether almost two times more people were killed than in World War I. 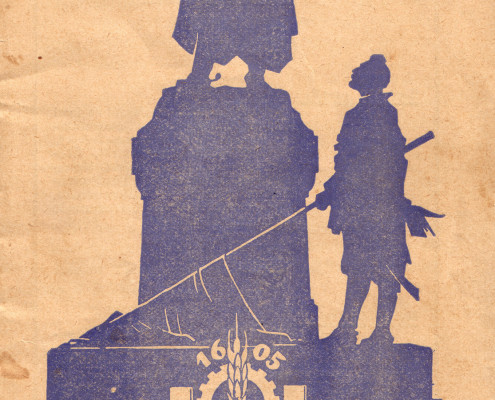 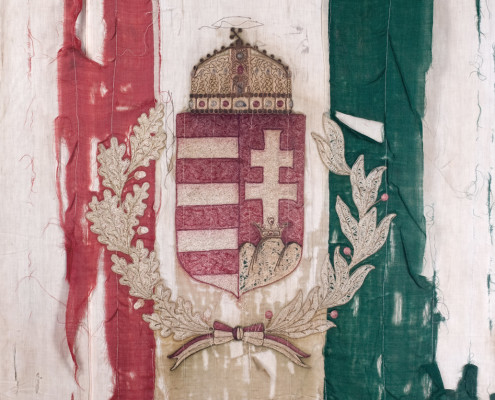